Recently, as an antidote to being extremely bored at work, my workmates and I have decided to have a crack at making a game mod. This fulfils two important roles. 1.) It gives us something to talk about, and 2.) It gives hope. Hope that there's something better out there beyond our contemptible working lives. Jokey face.

I'm providing the concept art whilst one of my workmates will do the modelling based on my designs, and the other- the coding. We plan to use Valve's Source Engine and Hammer.

Currently, we're keeping things simple in terms of narrative and gameplay, with an aim to expansion once we get things properly underway.

The story is yet to be finalised, but is essentially just a means to creating some interesting looking characters who will form the backbones of two opposing sides or teams: The Alliance (think evil big corporation, profits driven, bully boys, well funded) and The Independents (think space cowboy, renegade, smuggler, mercenary pirates for hire).

To start with we will be focusing on creating one character from each side and making an interesting map with a few cool weapons for a simple death match/slayer mode of game type. However, we have lots of other new an interesting ideas for game modes that we think will be pretty fun and unique.

Below are a few early sketches. 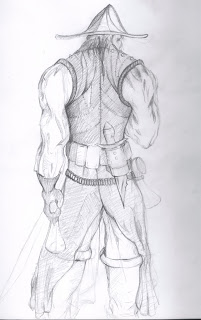 The first sketch, pencil in pad, I like the idea of Sci-Fi borrowing from periods in history, in this instance the Wild West. 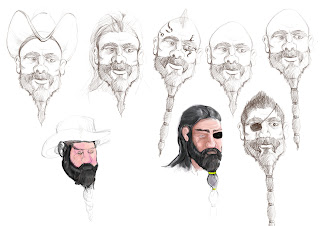 Some head sketches done on a Wacom Tablet in Photoshop. The independent character. Facial hair is a given, these guys are too tough to shave! Unbound by any particular regime as such, their appearance could well be described as scruffy. I like the idea of facial tattoos and scars implying a certain 'don't screw with me'-ness to his character. We've also been toying with the idea of mechanised body parts, one of the Sci-Fi elements. Perhaps a voluntary upgrade or maybe a necessary one. Either way these guys have seen a lot of action. 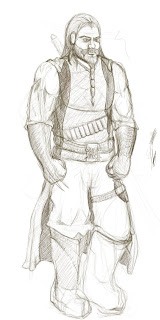 Another Photoshop Wacom Tablet attempt. The proportions are a bit messed up, but it's something to build upon. 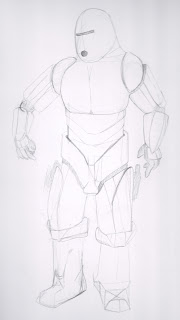 Pencil sketch. My first attempt at an Alliance character. He's quite Storm Trooper-y at the moment, which isn't necessarily a bad thing, but I don't want it to be too derivative of Star Wars. 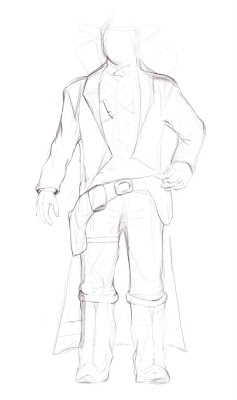 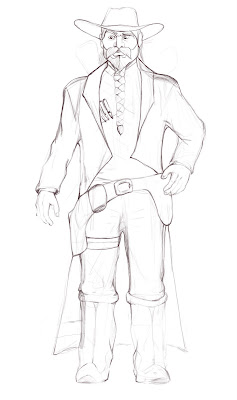 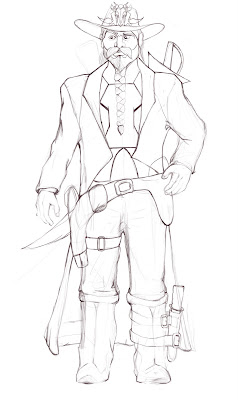 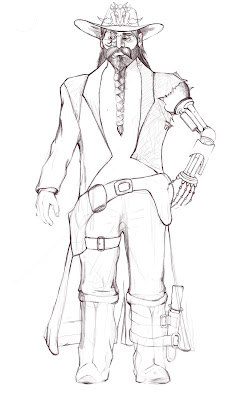