Since long before studying Animation at University, I've always had a fondness for creating cartoon characters. Big Blue Cat first came about during a doodling session over a series of pencil sketches and Photoshop messings, back in 2008 (or there abouts I think). Long before a certain well known grumpy cat meme came to prominence.
I thought it was high-time time for him to make an official appearance in the form of an original painting on canvas.

Big Blue Cat's main interests include eating, sleeping, staring and an apathetic curiosity. Some say he's a paradox, others just say he's fat. Indignantly he watches, silently he judges. Above all else, Big Blue Cat is resolutely blue. 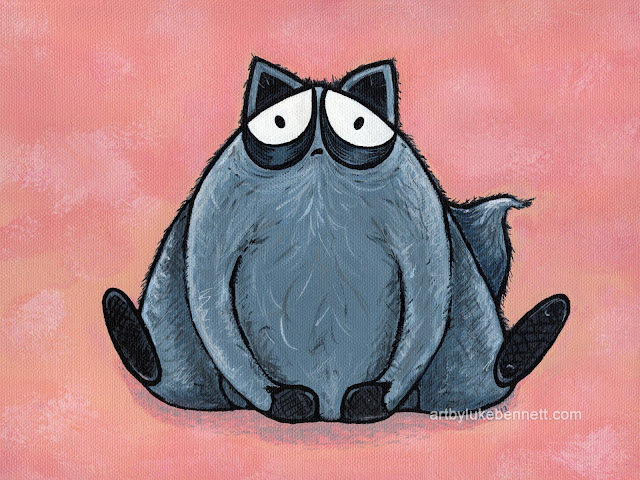