It's a Dog's Life 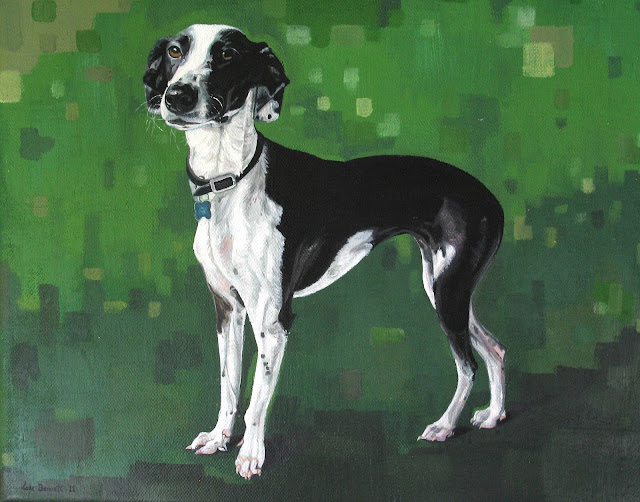 As promised in my last update, here is a photo of the last painting I completed, a commission no less, of Ella. A dog. (Just in case you were wondering which particular animal it was.)

The person who commissioned the painting (as a birthday gift) and the recipient were both delighted with the final product. -Always a relief. They said I'd captured her spirit and essence and said how closely it resembled her.

I was fairly sure I'd captured her look accurately enough, but if anyone should know, it's going to be the dog's owners, so having that confirmed was great.
Posted by Luke at 5:28 pm