Happy New Year readers. Now it's 2012 you get to say twenty twelve all the time because it's four whole syllables quicker than saying two thousand and eleven, and space year twenty twelve is going to be pretty jam packed. Ain't got time to waste on unnecessary syllable pronunciation. No Sir. No way... A little tip: You can save even more valuable time by leaving out the second T in 'twenty' and adding an N. Twenny twelve! It takes just as long to type, but saying it saves the annoying additional tongue articulation required by the T.

I haven't done any more painting since my last update, Christmas break and all that, but I've been contemplating my next work. I'm thinking bigger, better and involving more of a scene, rather than just portrait based. Perhaps a horse in the country side. I took some cool photos towards the end of the summer back in September last year, which will make for great reference material. They can currently be seen on my Flickr account (link to the right).

Speaking of Flickr; yesterday I took some spur of the moment photos of a nice refraction of light on my carpet. It wasn't intentional, but on placing a glass of water onto my desk it happened to be in the right position for the sunlight to hit it at such an angle that the beam diffused out into all the colours of the rainbow. After experimenting with an Xbox controller I placed my glasses in its path instead. 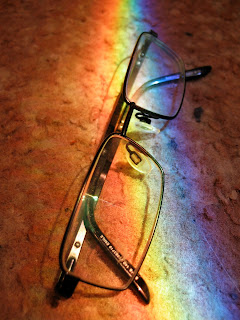 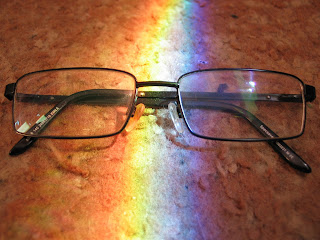 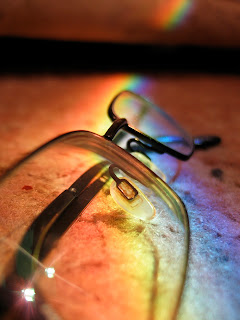 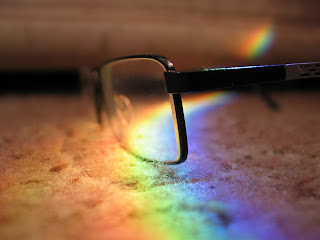 I think they look quite nice.

Keep an eye out for my next update, where I'll be sharing even more useful time saving tips. I also intend to upload a video time-lapse of me painting Ella the dog (See last entry). It should be interesting!

Until then, all the best for TWENNY TWELVE!
Posted by Luke at 5:57 pm